Is there some other enterprise level settings that are affecting docker networking? For example, If I pull the ubuntu image from docker hub and run it, I cannot make an outbound network connection to another container in the same network, nor can I for example reach the internet to run an apt update command to try and install another package into the ubuntu container. In effect, I can run a container as it is, and not communicate with any other container at all, and I cannot build a container that needs to do anything from outside it self (for example updating packages to latest versions to fix security errors, pulling in build package dependencies or pulling in code from a github repo so I can build it. )

I have removed our allowed org from docker and re started, and everything works as expected. I can talk to the internet, I can talk from container to container. everything. But as soon as I turn on our org, nothing works.

So as soon as I turn on the allowed org, then it stops everything from working.

There is a new “Hardened Desktop” feature which is available only for Docker Business customers. This could be the reason:

Overview of what Hardened Desktop is

The “Enhanced Container Isolation” page mentions network, but I can’t find anything that could explain it

I don’t have access to a business Desktop, so for more help you have to wait for someone who has, or wait for the Docker Support. You can also check the reported issues on GitHub: 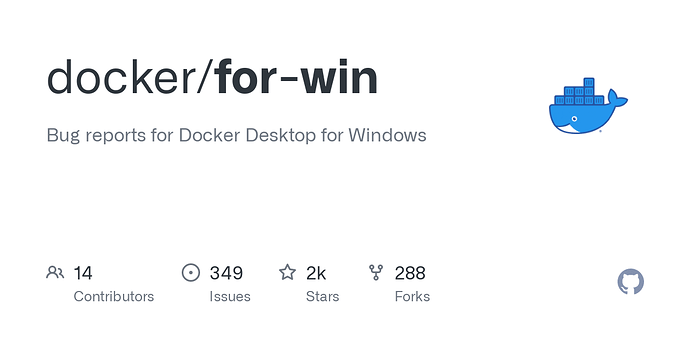