I’m new to Docker and have Desktop installed on Win10 Pro build 21H2 on Xeon 8 Core with 16GB RAM.

There are two instances of docker-index.exe that have been running for over 7 hours consuming between 2GB to 7GB of memory. THis started right after I removed all containers, images, etc in Desktop after running some docker compose tests.

The WIndowsfilter folder has about 34 folders and it’s not reducing (over 30GB of files still there).

Why are these processes eating up resources for so long? I can’t locate much info on this process which appear to be child processes of docker desktop.

The help of that command says: “Index Docker images, create SBOMs and detect CVEs”. I didn’t know about this exe, but it is possible that the processes started before you removed everthing and since it is running the images are not actually removed until it finishes. Have you tried to kill those processes?

Many thanks for your help.

I finally gave up and let it run overnight. This morning all the windowsfilter files were gone and system was back to normal.

Indeed it was cleanup latency after I purged everything.

I need to get off of docker desktop as it’s really slow. Going to move to a Windows server OS and use Microsoft’s Docker engine. There are issues there as well but I pick the lesser of the two evils

Same problem here, docker-index.exe consumes way to much memory (upto 12 GB) while building SBOMs for a large image (intel/oneapi-basekit:2022.3.1-devel-ubuntu20.04).
Why is an experimental feature activated by default at all?

Why is an experimental feature activated by default at all?

That is a good question. It is officially enabled by default

I guess because if it is not enabled, people will not notice and much fewer bug reports or opinions would be shared with the developers. These are not “Beta features” so I guess these are supposed to be more stable but can be discontinued any time.

You can report the issue on GitHub 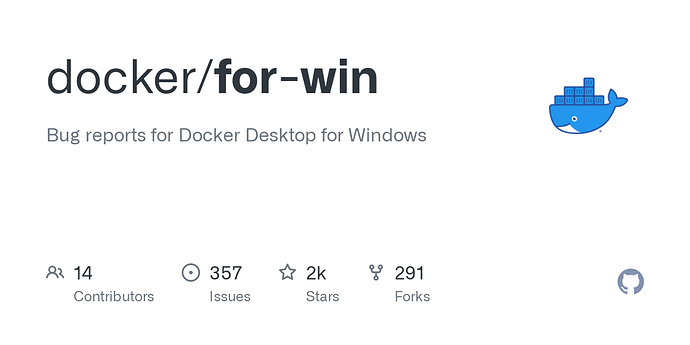