About Docker, NFS and WSL2

Hello, I’ve been dealing with a situation that I don’t know if it is a bug, a limitation or a missconfiguration on my side.

The thing is that I’ve been testing mountinf NFS shares on volumes in a container. There is a folder shared from a Ubuntu 18.04.5 and I have been able to mount it directly on my WSL2 Debian, but if I try to mount it in a ubuntu:22.04 container as a NFS volume it doesn’t work:

If I take a look at /var/log/syslog at NFS server it sais something like:

Forcing nfsvers=4 just says “operation not permited” instead and nothing on the server side.

Curiosly if I try the same operation directly from Windows powershell it works okay. Same thing from a ubuntu desktop of a co-worker. So it looks like WSL2 and Docker daemon thing.

I managed to ignore this part of your previous message… So it looks like you have a problem similar to this: 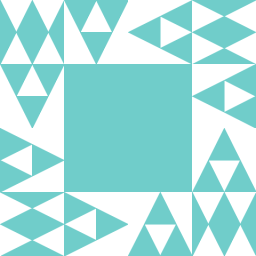 Try that “insecure” setting on the server. If that works, you can still try to figure out if there is a more secure way to solve this.

Yes! I already got to that same thread and have tested with insecure param in the server and works, but of course that’s not an acceptable solution.
Thing is that I already changed WSL2s virtual network interface to bridge for other stuff to work and I though that would also affect Docker Desktops internal vm. Is that vm also using HyperV? Is there a way, maybe in Docker Desktop configuration file, to change adapter from NAT to bridge?

I didn’'t know it was possible. Docker Desktop has its own network. I don’t know any way to change more then the IP range, but that didn’t work for me either when I tried… If you can’t find a better solution, you cans till install Docker in a WSL distribution directly. You would not have a graphical interface, built-in Kubernetes and Docker extensions, but if you don’t need those, it is an option.

Is that vm also using HyperV?

It depends. Since you have WSL, it is probably using the WSL backend, which is not HyperV. It uses the Virtualization Platform.

I didn’'t know it was possible.

If you can’t find a better solution, you cans till install Docker in a WSL distribution directly.