I encounter on such error during the container creation:

Going with @rimelek advice I am not reading the first part

but taking look at the second part:

I am not able to look for anything useful in web.

That’s new. Can you tell us more about your environment? how did you install Docker on which operating system/distribution? Is it Docker Desktop or Docker CE?

Going with @rimelek advice I am not reading the first part

but taking look at the second part:

I am a starter with the containers so my question is. if that issue can be correlated with the mage from zfs? It is Fedora 34, and maybe I should expect Use the ZFS storage driver | Docker Documentation to see ‘zfs’ as Storage (point 5):

I don’t know what the default storage driver is on Fedora, but it is usually overlay2, not fuse-overlayfs. The only time I saw “fuse-overlay” was when I tried rootless containers many months before. 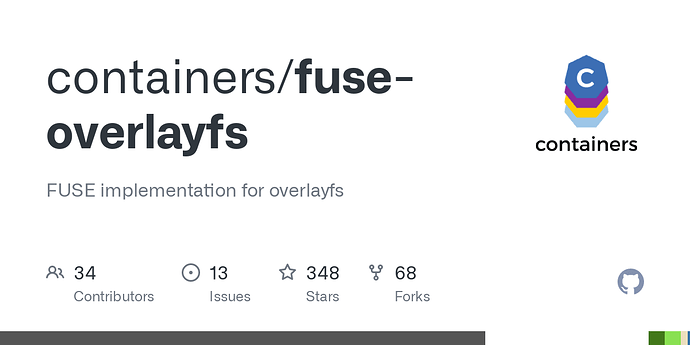 FUSE implementation for overlayfs. Contribute to containers/fuse-overlayfs development by creating an account on GitHub.

An implementation of overlay+shiftfs in FUSE for rootless containers.

Even if it is rootless containers, the HTTPD server should be able toi start.

Try this command to list the contexts to see if the active is rootless:

Reading your other post, I see that it is not rootless container, since the data root is under /var/lib/docker/