I expected that the Docker CLI and the Docker Desktop for Mac would produce the same list of images.
They don’t. When I run the docker CLI I get a list of all images that are stored locally:

Yet, in the docker Desktop for Mac, I get an empty list of images, even though it does display all of my running containers: 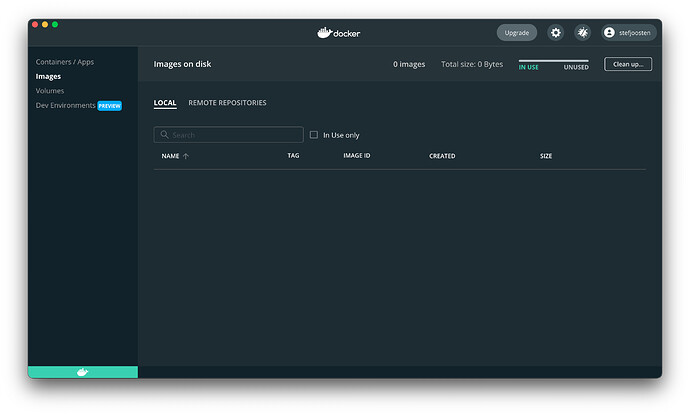 Does anyone have a clue as to what I’m doing wrong? Any help is appreciated.

This issue has similarities with this issue.

This issue has similarities with this issue.

That issue is different. Your images did not disappear, only Docker Desktop does not show them. Have you tried to restart Docker Desktop? Occasionally I run into similar issues where the Desktop cannot show something that the CLI can. And I don’t use the desktop very often. Restarting Docker Desktop always solved it.

I have the exact same problem using Docker Desktop for Windows, it shows an empty list.