We have a production machine which is running a redhat vm with docker containers. The vm was upgraded to have 127 GB of memory (was 74GB) the entire vm was restarted af the upgrade and all docker containers were then started again. However docker stats is reporting a max memory 70.62Gib. We did not set any limits (using docker compose) only for 1 container which is reported correctly (redis 6Gib)

I already checked daemon.json, ulimits, compose yml files but no limit is set anywhere. Is docker stats reporting the memory wrong or do i have to worry about this limit as the mysql container is set to use a max buffer pool size of 100GB 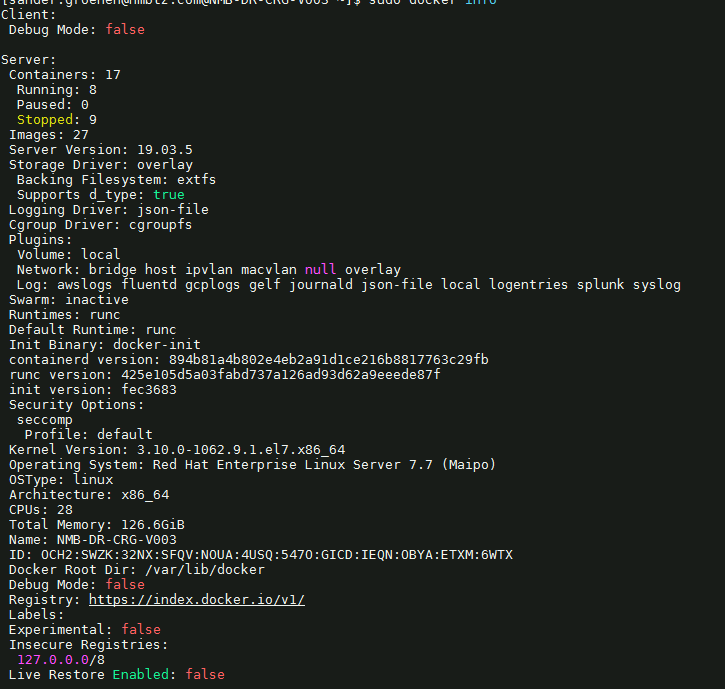 force recreating a container does not work. Perhaps a stop/start of the docker daemon might do the trick but since the machine was fully restarted at first i doubt it. Does anybody have an idea whats wrong?

ok so to solve my own question. A systemctl stop and start docker with an addition daemon-reload did the trick and now docker stats rerports the correct max memory.