Docker Swarm Route Outgoing traffic From an arbitrary container, thru a specific host(s)

Due to some of the infrastructure limitations we have, our docker swarm hosts may have a varying number of NICs. For instance, here is an infrastructure that may resemble something that we have: 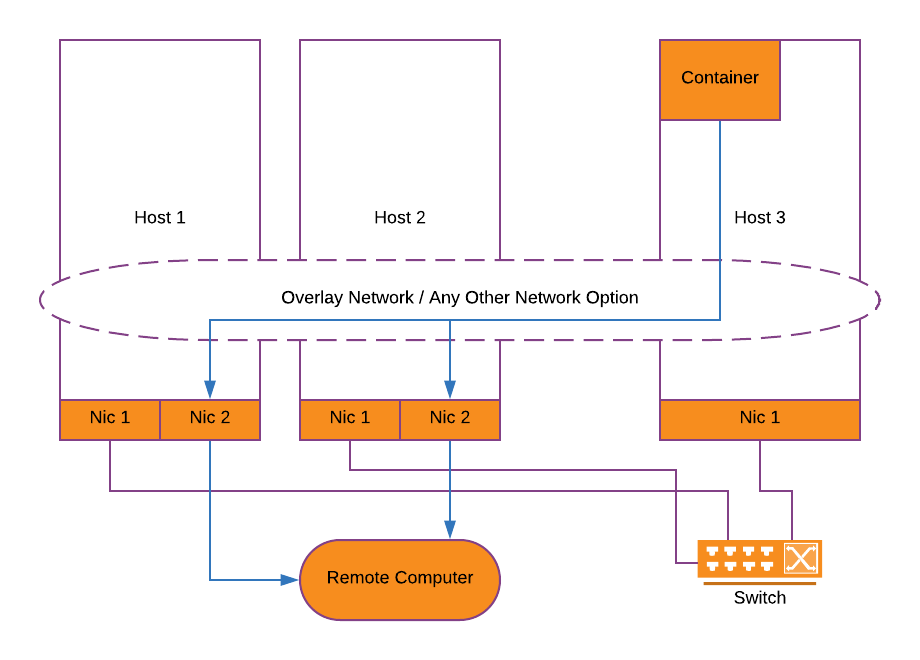 As shown in the picture, Host 1 and Host 2 have an extra NIC connected to a remote network/computer.

We were wondering if there is a way for a container located on Host 3 (Host without a direct connection to “Remote Computer”), to somehow talk to a remote computer by utilizing networking of Host 1 or Host 2.

It would also be good if networking would be able to somehow detect failures, aka, if Host2 is down, then the Overlay network would use a Host1 (that is still alive). And Vice versa.

We were wondering if that is something that we could accomplish by using docker swarm’s networking.