License to use Docker Community Edition

I have been using Docker Community edition.

Is it true that all of Docker products and services are now covered under Docker Subscription Service agreement, with 4 tiers of service (Personal, Pro, Team and Business)?

Do I need to pay to use Docker CE?

The recent changes in the subscription policy are ment for Docker for Desktop, not for the Linux CE version. DfD is still free for personal usage and now requires a subscription for commercial usage.

Docker CE on Linux is still free of charge.

Thanks for confirming on the license topic.

I’m curious about another point because I couldn’t find any clear explanation about this.
Do I need a subscription If I use docker CE in Windows WSL Ubuntu for commercial use?

Do I need a subscription If I use docker CE in Windows WSL Ubuntu for commercial use?

If it’s installed manualy on WSL, then it actualy IS the linux CE version. The same is true if you create a linux vm and install the CE version there.

The requirement for a subscription is Docker Desktop, which you don’t use if you installed it manualy in WSL or a linux vm.

Is there formal document or website that we can point to regarding docker-ce being free? My company lawyers aren’t trusting the semi-random forum posts 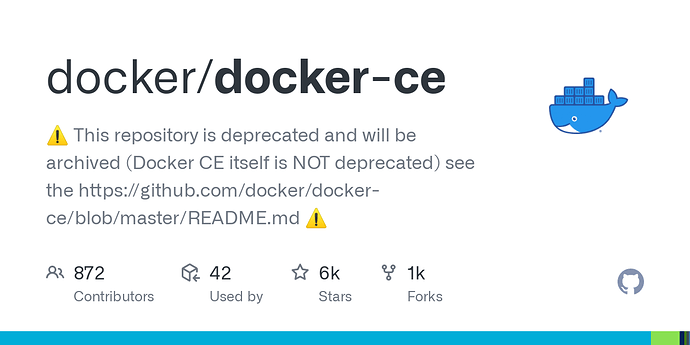 GitHub - docker/docker-ce: This repository is deprecated and will be archived...

:warning: This repository is deprecated and will be archived (Docker CE itself is NOT deprecated) see the https://github.com/docker/docker-ce/blob/master/README.md :warning: - GitHub - docker/docke...

The above repository is deprecated but it was the official “docker-ce” where you can find Apache 2.0 in the LICENSE file and link to the current repository, moby: 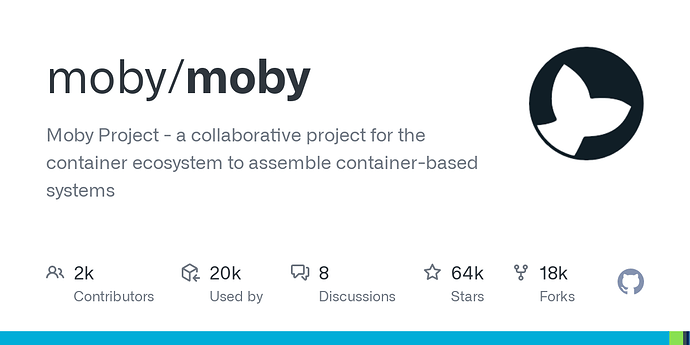 GitHub - moby/moby: Moby Project - a collaborative project for the container...

Which has the same license.

I removed the FAQ link and the quote becuase that would not have actually answered the question.

I think this is what you want to share with your lawyers:

Licensing
Docker is licensed under the Apache License, Version 2.0. See LICENSE for the full license text.

In this case Docker is Docker CE since there is no Docker EE (enterprise edition) anymore and the link points to the moby project. I hope it will be enough

Docker CE since there is no Docker EE (enterprise edition) anymore and the link points to the moby project. I hope it

Wow! Thanks so much for the details. Perfect.