Minikube fails on Ubuntu when also having Docker Desktop installed

I discovered that, in my system, Ubuntu 22,04 AMD64, I cannot have both Minikube and Docker-Desktop. I am unable to use Minikune with Docker if Doker-Desktop is installed. Uninstalling Docker-Desktop resolves the issue while installing it back, brings the same issues again.

I have uninstalled Docker-Desktop on my machine because I saw some else reporting the same issue.

Should I file a bug report on this issue with more details? I don’t know whether the problem is Docker-Desktop or Minikube, but they are not working well together on my Ubuntu machine. I have another machine with macOS and I don’t experience this issue.

Should I file a bug report on this issue with more details?

We can try to figure it out first. If you can make it work for example with specifiying the Minikube driver and if that is acceptable for you, then you don’t need to file a bug. At least not to Docker Desktop.

I try to find time later to install Docker Desktop for Linux again and run Minikube too.

I use Minikube 1.26.0 on both machine. I use minikube start --driver=docker on both machines to ensure the Docker driver is used. Everything works fine if Docker-Desktop is not installed on my Ubuntu machine.

I tried minikube on Linux with the Docker driver. coredns pods, kube-proxy and storage-provisione could not start.

did not work. So I ran a shell in the minikube container.

there was no kubectl so I downloaded it.

and set the config

and get the nodes and pods

Then I checked the logs of kube-proxy:

Even if you try to change nf_conntrack_max will not work:

I also inspected the minikube container and I saw it was a privileged container, but it was not enough, so I entered the virtual machine of Docker Desktop:

Then I exited end went back to minikube

Then the daemonset started it again successfully. I waited some minutes and the coredns pods were running too, but the storage provisioner pod stopped again. I waited again and everything was running.

but it still didn’t work. So I exported the config of kubernetes using the kubectl subcommand of minikube:

and tried with this config from the host where my kubectl was a little newer. 1.21 but that is still compatible with 1.20 so I didn’t download an other.

There was no answer, but then I ealized I had multiple clusters in the exported config since the kubectl was a local kubectl so I just copied the one inside the minikube container to the host:

and tried with that config

It worked so I stopped investigating. IThe issue with nf_conntrack_max looks like something that could be fixed in Docker Desktop, but the access issue from the host could be just wrong configuration as it was for me.

minikube kubectl still doesn’t work, because it wants to access Docker Desktop’s private IP address (“192.168.49.2” in my case) which is not available from the host and I am pretty sure it would be the case on Mac too. I was a little surprised however, because I though minikube kubectl would run kubectl inside minikube, but it looks like it doesn’t, because I can access that IP addres when I am inside minikube.

If you try what I described here and you also see that kube-proxy doesn’t work and you can fix it as I did, you can report this issue here 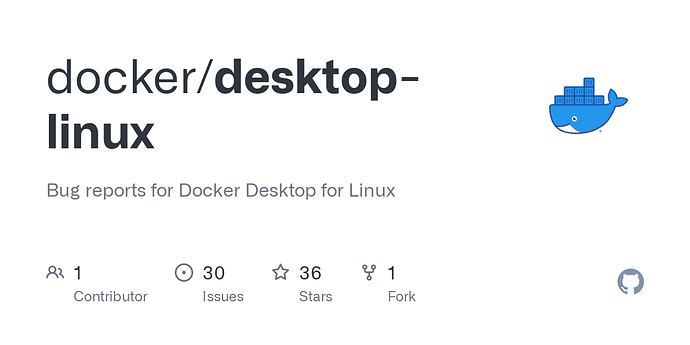 Bug reports for Docker Desktop for Linux. Contribute to docker/desktop-linux development by creating an account on GitHub.

And of course you need to make sure that your configurations are correct. At least until any of these bugs are fixed, you can probably use my workaround and fix the VM manuall, then use a local kubectl to connect to Kubernetes.

Or you can just switch to the KVM driver which is the default on Linux and works perfectly without any timeout. Note that Docker Desktop for Linux is still Beta.