The CPU and memory resources of my host machine and the VMs are shown in the figure below. My host machine has 4 CPUs and all the VMs have 1 CPU each. 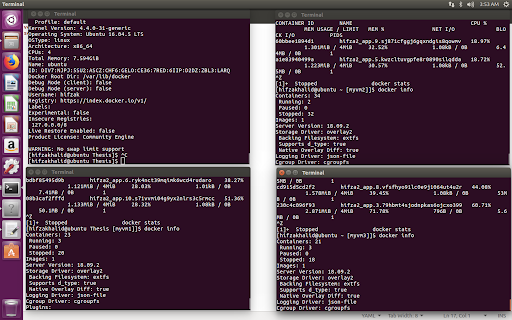 To figure out if Docker containers can limit their resources, I am running a test program with an infinite loop in my swarm. One of the snapshots from my experiments is shown below. It shows docker stats results on the three VMs (VM1: bottom left, VM2: top right, VM3: bottom right). 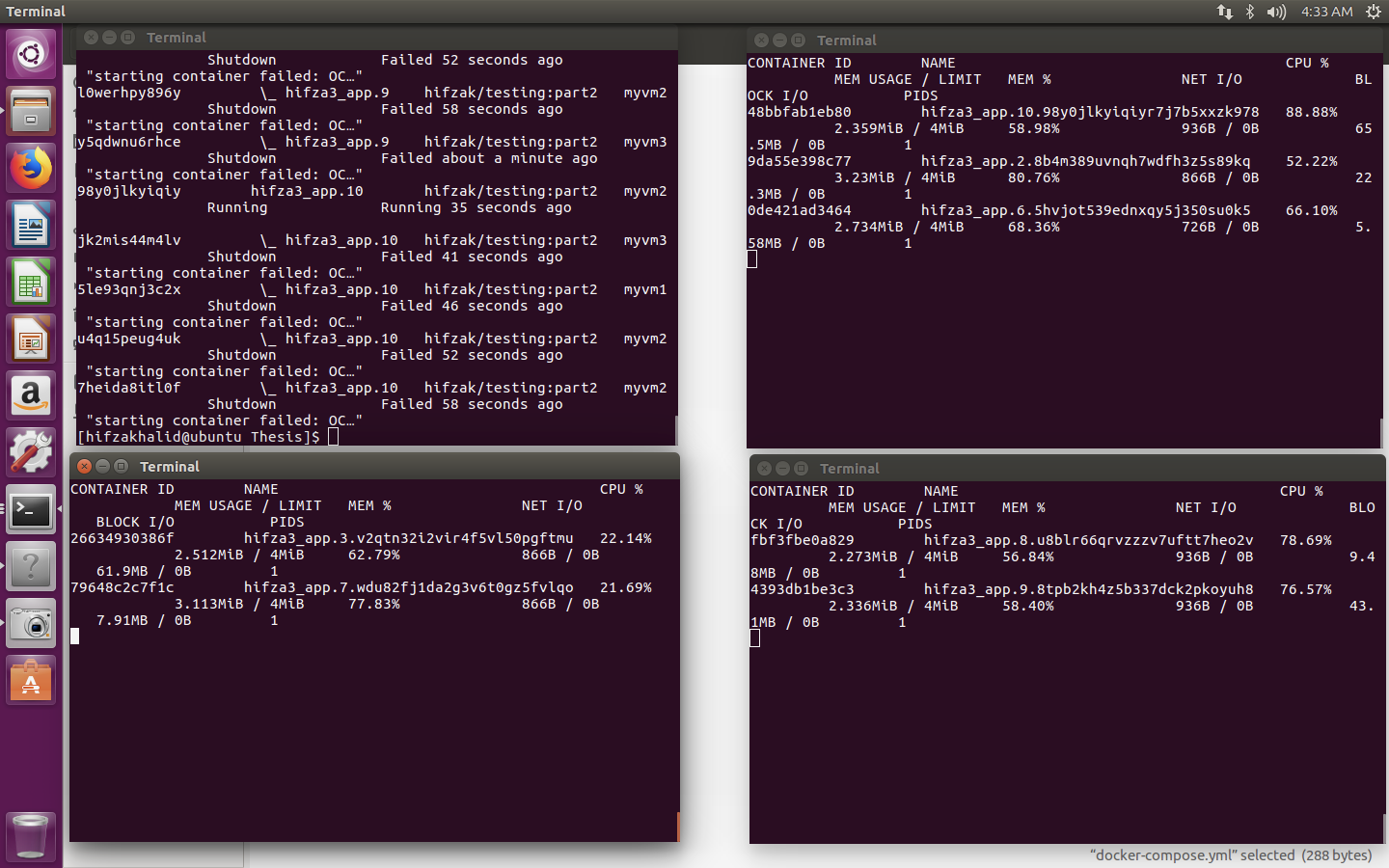 Looking at the results, I have a few questions.

Can anybody please guide me with these questions? Thank you.

the load is based on the amount of cpu it can consume. so container #2 thinks it is at 100% when it can consume all of the .5 cpu cycles