when i run
npm install from the node container process
com.docker.hyperkit up CPU to 340%

After npm install is completed, CPU usage stays around 200% for com.docker.hyperkit.

I’m seeing this as well. Going to try a full rebuild. It seems tearing down the containers brings the cpu usage back down which is good.

EDIT: yeah. CPU usage is off the charts in general even compared to my old setup with dinghy and VirtualBox. My test suite ran in 3min20sec on docker for mac and only takes 20sec on VirtualBox.

I have no container running with Docker version 1.11.1, build 5604cbe and com.docker.hyperkit takes between 150-200 % cpu… I think something wrong…

For me it stop after restarting docker until my laptop get awake after sleep.

I am hitting the same behavior.

I restart, it picks up again right away.

Tried to stop Docker, then ran it again: same issue.
Tried to rebuild all images and containers: same issue.

My containers are built using docker-compose. I didn’t have this issue with Docker Toolbox.

Below are more info about my mac. 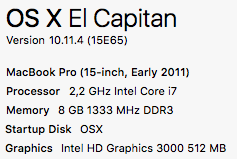 I’ve seen this as well

I revert prev docker version with VBox bcs my product projects die and i can’t hope docket team will fix it and i can try again.

I’m seeing the same issue right now. The machine was just brought out of sleep mode, the com.docker.hyperkit process spiked all the way to 190-200% and com.docker.osxfs remained at 20-30%. There are no containers running.

+1 on seeing this issue.

Just want to confirm that I’m seeing the same behavior as @oscarrrenalias. Machine coming out of sleep mode and no containers running.

I was using nodemon --legacy-watch Docker beta doesn’t need this flag because the com.docker.osxfs layer can watch the OS fs events.

After I removed the flag everything went back to normal

The JS projects run in “development” mode, which in our case means that we use filesystem monitoring to re-build the project whenever a file change is detected. Gulp (implicitly) depends on graceful-fs [1]. The reason I mention it is because I suspect it’s related. Graceful-fs currently runs in an older version then needed (https://github.com/gulpjs/gulp/issues/1571)

I’ve included two samples, if that’s useful, of both com.docker.hyperkit [2] and com.docker.osxfs [3]. However I’m unable to upload them (being a new user and all) so I’ve included them as links.