Hoping someone can help here, or pass along a suggestion to add a switch to suppress layer information on a docker compose command.

In short, love that the new CLI has compose built in, but it will just destroy the terminal output if there are too many layers shown, more than your ssh terminal buffer.

I wrote something up on StackOverflow a week ago, thinking maybe someone had a good idea to bring it closer to the old docker-compose but nothing yet.

I could always go back to the original docker-compose binary, but was hoping to use the built in stuff.

It is a known issue, at least here on the forum. I don’t remember if it was reported on GitHub. 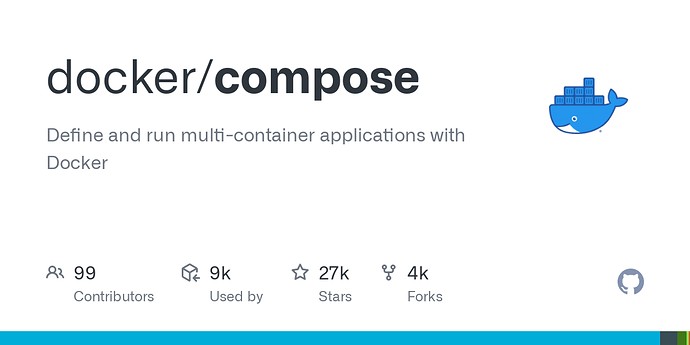 I would not call it “destroying”, but I also noticed this with my build scripts that use docker compose to run a custom builder container and I could not find a way to change that output because for me, the output is generated by docker compose run and it shows me “start container” or something like that many times.

The output of the build process with buildkit using docker build or could be solved with --progress plain but this would not help you with the output of pulling the images. You can report it on GitHub if you want.