Having problem in connecting containers

Currently, I have a connection string for Redis SERVER = localhost:6379 (working with Visual studio 2019) 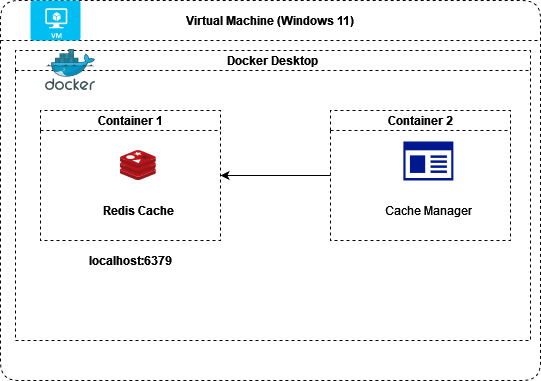 You can never use “localhost” in a container unless you are really referring to the same container or use the same network namespace which can be the host network too. Use the built-in dns. The name of the container is also its domain name by default. In case of Docker compose, you can use the name of the compose service too.

If VSCode worked, then you probably forwarded a port from the host to the container, but that will work only from your Windows host, not from a container.

I am not clear, so How can I connect Redis SERVER from Container 2 having .NET Core Console application?

Since I don’t know .NET Core Console and I don’t know what is the name of your containers, let’s say, the redis container (or compose service) is called “redis”. Then you use redis:6379. It works if the two containers are on the same Docker network.

When you define the services in the same docker compose project, the containers will be on the same network by default so you don’t need to create a network manually.

If you need more help, you also need to share how you start the containers.

thanks for the reply. I will try this solution and still not achieve my desired result, contact you back.