For the last 10m the installer has been at “Installing…” 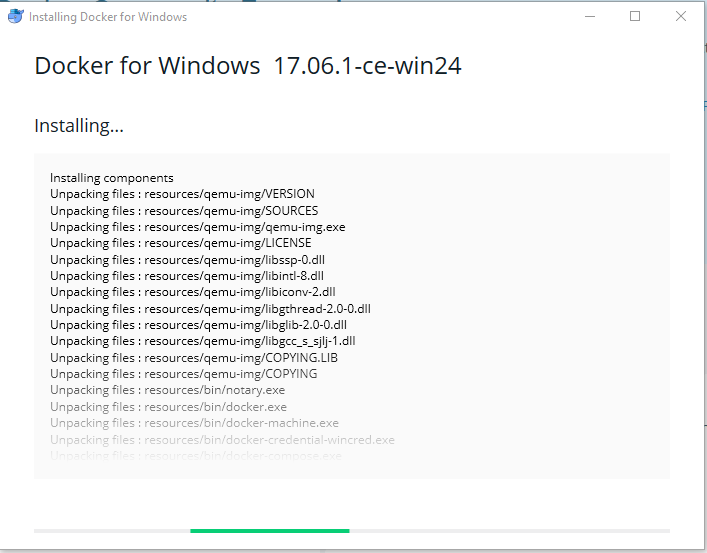 Now how am I suppose to stop this???
To note that I have pressed the close button and this is still continuing.

Is the update feature in docker broken??? 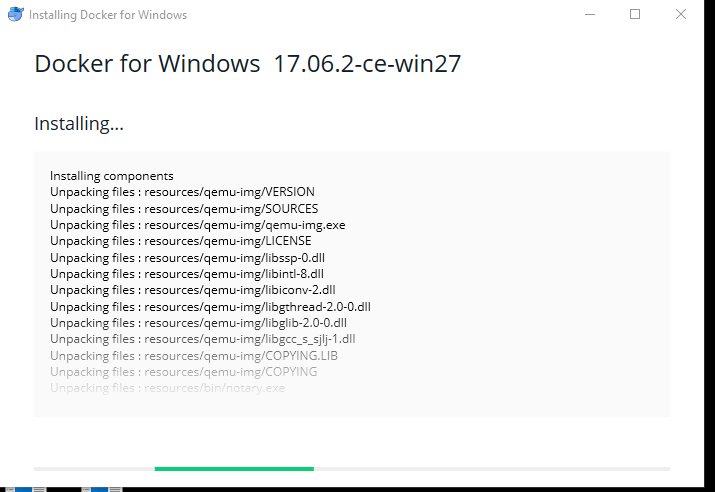 Same issue as the others. Just hangs (17.06.2-ce-win27) on Windows 10. I have never gotten docker to upgrade and have always had to uninstall and reinstall. What is going on with this?

So the “solution” I have found is that you need to uninstall, reboot and then install from new. Upgrade functionality has never worked and I have never ever been able to upgrade Docker never ever by just selecting Upgrade when the app says there is an update available. When I don;t reboot it just hangs as reported. Every. Time.