Is Containerd going to default component in Docker engine?

I just come across a post regarding deeper integration of “containerd” in the docker engine. I understand it’s experimental feature as of now. 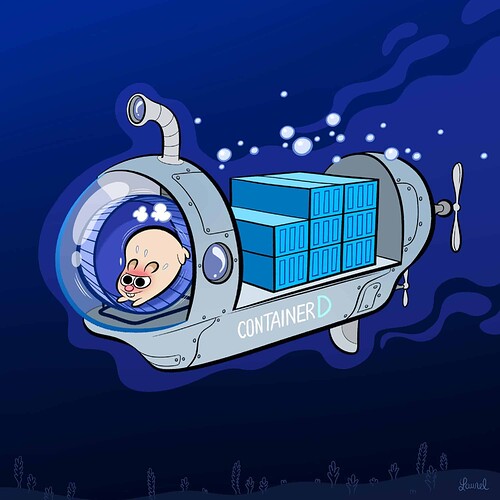 Discover the containerd integration with Docker, what this means for current users, and future roadmap items to anticipate!

Is containerd going to be the default handler for docker engine once it’s GA?

I am not certain about the schedule, but it will be the default eventually. If nobody requires it, I don’t think we will have an option to choose whether we want to use containerd or not. Do you rely on the current /var/lib/docker folder somehow?

Does that mean the images stored in docker file system (/var/lib/docker") will be stored using snapshotter rather than graph driver, is it?

Yes. It is mentioned in the blog post you shared:

I tried it in Docker Desktop and created a container and a docker image containing a file so I could search for it in Docker Desktop’s virtual machine. I found the file under /var/lib/containerd-stargz-grpc/ and /var/run/desktop-containerd/daemon/io.containerd.runtime.v2.task/moby/