No space left on device error

Thanks worked perfectly for me! You save my monography!

I answered the question on stackoverflow with image - basically used the inbuilt features and clicked Move Image and put it on an external hard disk. initially got the same error - but seems to have resolved.
https://stackoverflow.com/questions/31909979/docker-machine-no-space-left-on-device/46085330#46085330

Removing the orphaned volumes did solve the issue for me.
Thanks you, I did not want to remove all my images and containers.

Agreed @fezvr4sta. The above did not work but I followed that link’s advice and it worked for me. Also freed up several gigs of disk space.

Since I keep coming back here:

How is this still an issue over 2 years later? How does volume pruning and image deleting not solve this?

I encountered this error today. I had to delete the following file inorder to make it work
~/Library/Containers/com.docker.docker/Data/vms/0/Docker.qcow2

@mastermindg You are right. pruning and clearing unused images/network/volumes will solve the issue temporarily. Permanent fix is to automatically resize the deleted file

Wow, I’ve been using docker system prune but it does not cleanup the volumes apparently, this is huge.

It looks like you can use docker volume prune also…

docker volume prune and docker system prune only removed 1.5gb out of the 70gb from my docker disk…

Any clue when this is going to be fixed?

Thank you for the tip. It saved my whole day!

I have written a blog article with all the tricks I could imagine regarding the “No space left on device” : 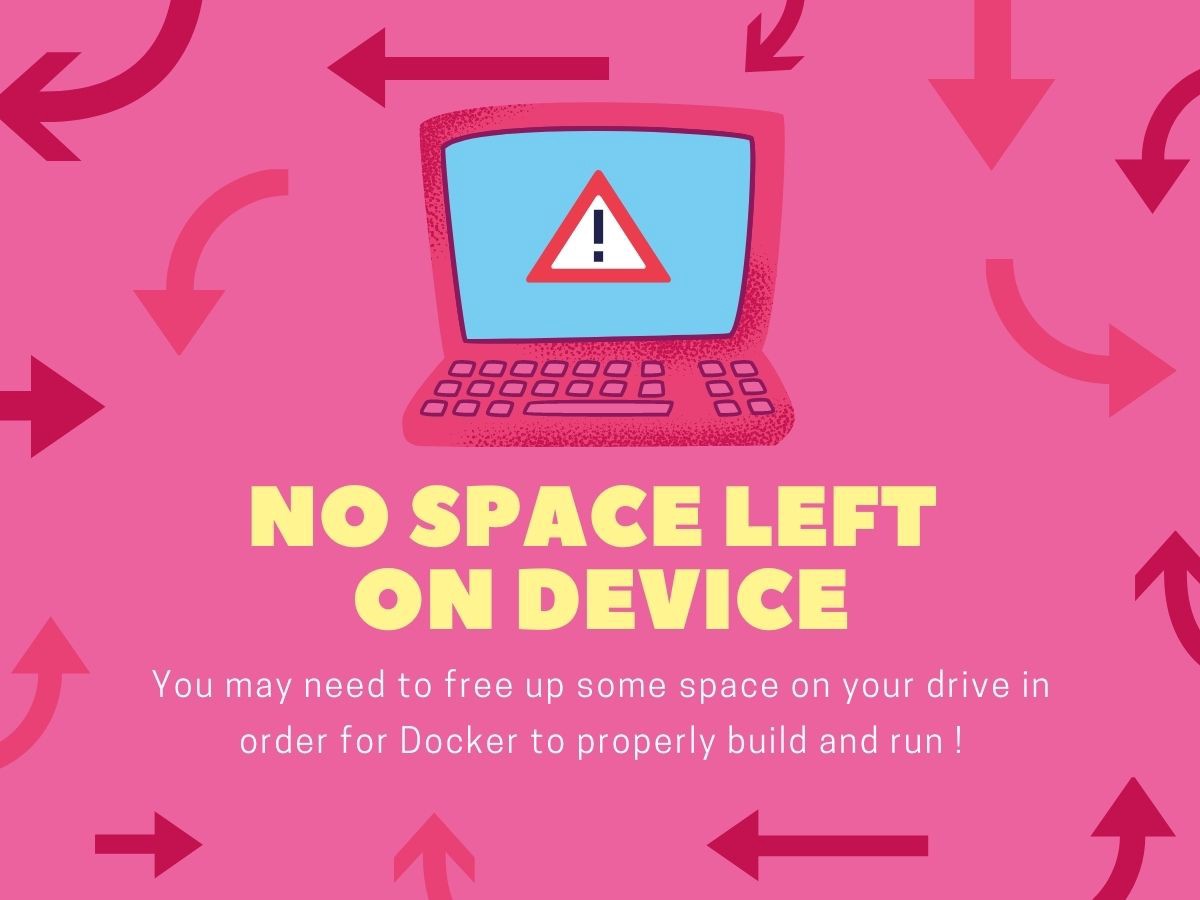 No space left on device when using docker-compose, why ?

It is necessary to free some space from your drive when you receive the “No space left on device” error.

I hope it can help!