MacOS - Docker Desktop - No Space Left on the Device

I am new to MacOS and I installed Docker Desktop on my machine. It is a fresh installation and I am trying to build and run an image. The images is roughly ~700MBs. It builds perfectly, but when I try to run the image, it fails with below error. Note: I dont have any other containers runnning and there are no volumes as well. 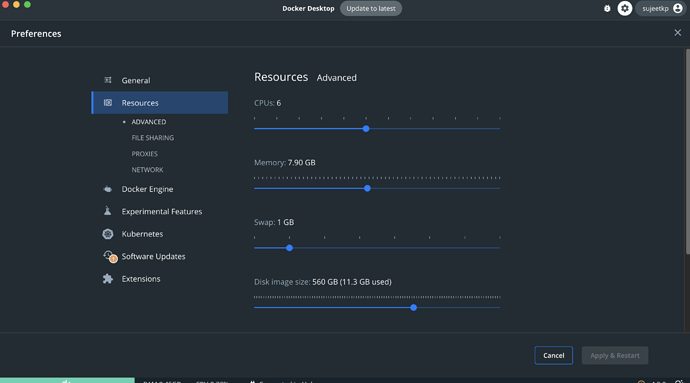 I know many people have faced this issue and I tried solving the issue by following all those articles, but no luck. Please help.