So in the before times, in the long long ago of Dec of last year ClusterHQ went down which kills Flocker… I’ve been searching all over the place for ways to do stateful containers, like Flocker did, and can’t seem to find much… so what is the “Docker” way of doing this now?

For a little context, I am trying to put postgresql and elasticsearch inside a swarm so that I can use the virtual networks to keep everything speedy and secure, but I need that data volume on each of those containers to follow them around… I don’t want to do a network file system(nfs, etc) because I need all the performance I can get out of the I/O hits… So what’s the “correct” answer to this problem at the moment?

Flocker isn’t dead it seems! So that is good! Also found REX-Ray and it looks interesting as well… Anyone used these and have any opinion/advice?

Did you gave a try to Infinit.
They have been acquired by Docker 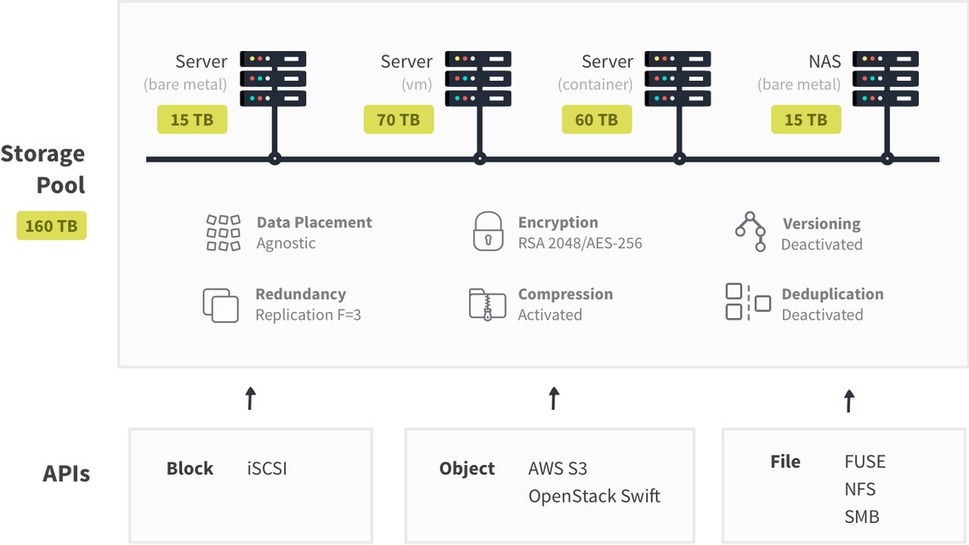 This December, Docker acquired a company called Infinit. Using their technology, we will provide secure distributed storage out of the box, making it much easier to deploy stateful services and legacy enterprise applications on Docker. During the...

I used Infinit 3 months ago and it was unstable.
I share all my notes (5 full days of work) here https://goo.gl/rnjvL9
I’m confident that on the long run this will rock, but I’ll wait at this point.

I now use resilio and it works well for my needs

Minio act as a object storage, and they rocks at the moment.

Thanks for the messages! I had already found Infinit and it looks like it’ll be awesome… when it’s integrated into swarm and full featured. I’m going to look into resilio and minio, thanks! So far nothing has been exactly what I was looking for, but the search continues!

Thanks @devmtl for suggesting minio

Yeah resilio is interesting, but I’m going to give minio a go tomorrow. Looks like the plugin is going to make it exactly what I was looking for^^

I tried many project in order to easily share in common folder between node.
Infinit will be the way to go, but for now Resilio is my guy