Currently we have tasks scheduled on Windows Task Schedular for 100’ of jobs that run weekly or daily. We use laptops as servers where we are scheduling the jobs. every year or two, these laptops are swapped for new laptops by our IT guys and we have to manually move and schedule those jobs one by one on the new machine.
I am thinking of creating this task schedular on a Docker container so that everytime we have to change machines I can just move the Docker image and get it running on the new machine with all the jobs ready to go.
Can this be done? And how?
How do I use an equivalent of windows task schedular on a container?

swapped for new laptops by our IT guys

Does it mean that the “old” laptops will be reinstalled or just given to someone else? If they reinstall the OS or just delete the current OS and data, then you don’t need to remove the scheduled tasks so using a Windows container just for scheduling seems unnecessary to me and depending on what you want to schedule, it can be hard or impossible.

Since Docker containers usually don’t have GUI inside, you need to write a script for scheduling the tasks. If you write a script, you can just write it and run it on the host in PowerShell.

If you really need to do it with containers or you want to do it, because you run other containers as well, this is what I found: 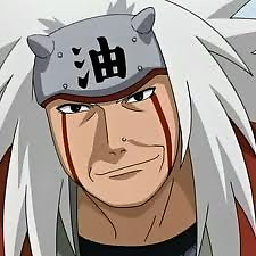 The IT guys just give us a new laptop altogether, and they take away and reset those old laptops. (Not sure why)
Those laptops that we use for scheduling jobs are just stand alone, sitting in a room in the office and turned on all the time (acting as servers).
We only remote desktop to those laptops to schedule tasks.
Would you suggest not to go with containers for this job?
We don’t use containers for anything yet, but we plan to eventually when we start deploying certain code.

take away and reset those old laptops. (Not sure why)

Well, 2 years for a laptop used as a server running constantly is a long time.

Would you suggest not to go with containers for this job?

I don’t see any reason for containers. I would start without containers. In the meantime you can learn about Windows containers and try scheduling in containers. If you see it makes sense, you can still change your mind later. If you start to use containers in a production environment when you don’t really need it, you can have bad experience. Of course I don’t know exactly what you want to schedule. If you can tell us more about that, we may realize that using containers is actually a good idea, but I would be suprised if it were the case.

But I am not a Windows container user yet, so you can wait for more answers. Maybe you get a different opinion.

Actually, I would check if it’s not easier to write a Powershell script that exports the existing scheduled tasks on the old host and imports them into the new host.

But as @rimelek already wrote: without having an idea what you scheduled tasks do, it is pure guesswork if container add any value in your situation.