Unfortunately this topic was closed, so I could not post a reply.

It is suggested that changing primary DNS from router to 8.8.8.8 (Google) resolves the issue, but this is not an appropriate action for some users who run a local DNS cache or service for LAN-connected computers.

Please can we continue the discussion?

Can you provide a compose file we can test that shows this behaviour? Otherwise we cannot usefully investigate what is slow.

Anything written in compose is acting this way. I can boot it up later and just send you my logs…?

If I use docker-machine and the old xhyve driver then it’s fine. 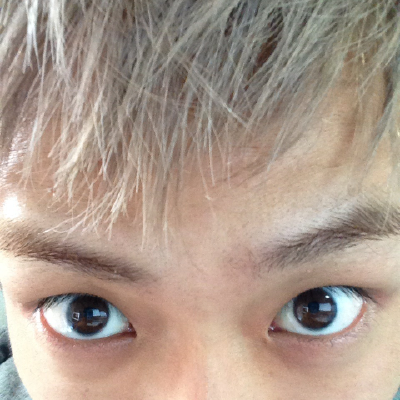 When I disconnected WiFi it would fly.

I solved it by changing the DNS Search Domains from a “local domain” to an FQDN.

I installed docker for mac today and also noticed that compose is very slow when connected to the internet. I ran the following tests with OSX 10.11.4 and compose 1.7.0. The compose file is the following:

Then with docker for mac beta10:

Based on the info from the thread that OP mentioned above, I turned off my internet connection and tried again:

Something seems to be slowing down docker for mac when there’s an internet connection.

the problem seems to be that compose tries to resolve localunixsocket.local and some dns-servers does not reply and so compose is running into several timeouts, i think. googles 8.8.8.8 dns-server does respond. see my 2 screenshots from tcpdump -A -s0 -nni en0 port 53.
here with company’s dns 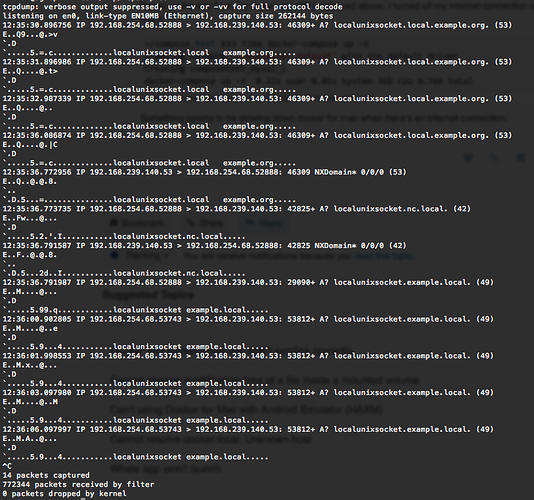 for me it’s not an option to switch to googles dns, because i need to access company-servers and our companys internal docker-registry …

here i have a dirty workaround:
start a dnsmasq-container that resolves that bad dns to 127.0.0.1 and forward all other requests to companies dns.

after that you have to change your system dns to 127.0.0.1 in your mac-system-network-settings.

A less dirty work around is to add

to your /etc/hosts file. Using docker-compose is much, much faster now.

I have the same issues, modifying /etc/hosts does not seem to resolve the issue for me. Still looking into other solutions. How has this not been fixed yet, this seems like a P1 as it makes all of Docker unusable for development and is going to put a lot people off of using Docker for Mac at all.

Thank you! This problem has been bugging me all day. In my case I’m running dnsmasq, but I also have my search domain set to local. Once I removed this (in the Mac Network Preferences panel) all was well.