Where can I find the config file for resources defined using Desktop UI?

Hi everyone, my first post here hope you all are doing great!

I have a simple question regarding Docker Desktop for Mac : I’d like to know if the screen below 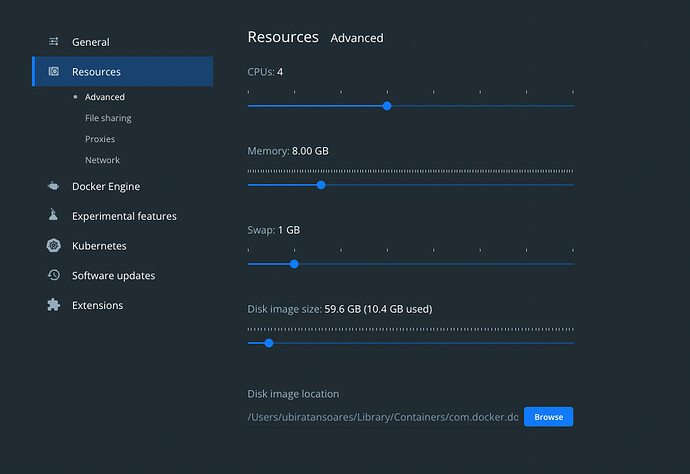 without success. Am I missing something?

I may depend on the virtualization framework. I have turned on “virtualization.framework” in Experimental features and I have these resources here:

This file only exists when Docker Desktop is running, so you probably want and other file.

Actually I found it at

Thank you! In case it helps anyone… I had tried to bump up my resources in Docker Desktop and then suddenly docker backend could no longer start and docker desktop could not start properly either (so the changes could not be reverted via the Desktop UI). I was finally able to get it to work again by editing this config file (manually changing the values I had adjusted back to previous values), killing ‘docker’ processes in Activity Monitor, and opening Docker Desktop again.