Can someone tell me what Docker is trying to do through Windows Firewall?

I’m in the tutorial and I ran this command while on a public WiFi:

Immediately after running it, this pops up: 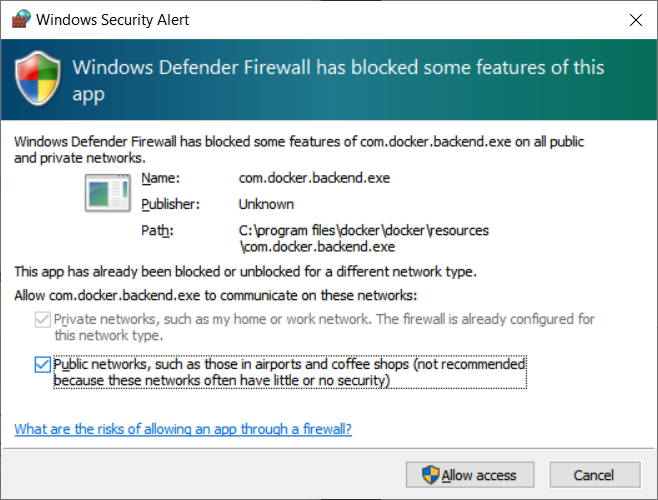 I click Cancel because I can’t tell what com.docker.backend.exe is trying to do… does someone know?

It may be that it’s just trying to go through port 3000 and that’s when Windows Firewall sees it and pops up the prompt… the issue is, because nothing is telling me EXACTLY why it’s popping up, I don’t know if it’s actually for that port from that command or for some other port for some other thing docker is doing. Can someone clarify? 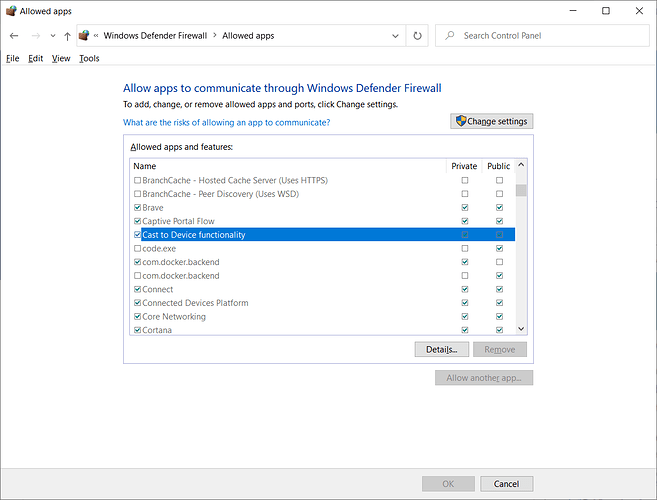 Note: I selected an app above them because it’s hard to see the checkmarks on a highlighted line.

Here’s what I see for both entries when I click “Details…”: 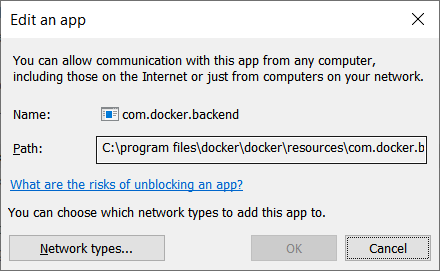 I realize that Windows Firewall is frustrating enough, but really, at least the docker should be saying which port it’s trying to use and why, somewhere. I also realize it could just be the 3000 port I specified for that command, but it doesn’t seem to be, since I get no error after the command even after cancelling the firewall prompt, the output in CLI was the hash I expect from the command.

However, it looks like the new containers “Exited” and localhost:3000 doesn’t work, so do I really need to enable access on public WiFi to port 3000 for docker??? This seems silly. I don’t want others on the network hitting my laptop through a port I specified for Docker to use for a container I’m just testing on my laptop…