I don’t see any options in the docker desktop for mac for not showing the docker icon on the menu bar.
Is that even possible?
If yes, then how is that?

If you had asked me about a year ago (maybe) I would have told you that you could go to the menu and choose “Quit Docker Desktop” to close the UI and possibly remove the icon from the menu bar, but today I am not sure if I remember well, because I remember I had some problem with having Docker desktop running when I thought I stopped it and it turned out it was just the UI. So either I remember wrong or some day that confusion was removed and stopping Docker and quitting from Docker Desktop became the same. If someone remembers it, please, let us know

I tried it out.
It didn’t seem good to me. Since itself uses almost an icon in the menu bar.
So it seems like it can be a feature request.

If you have too many icons, you can hide more icons and replace multiple icons with one. Isn’t it why you want to hide it? Or do you want to run it in the background while someone else uses the mac so they can’t stop it accidentally? If that’s the case, then yes, you can try to open a feature request 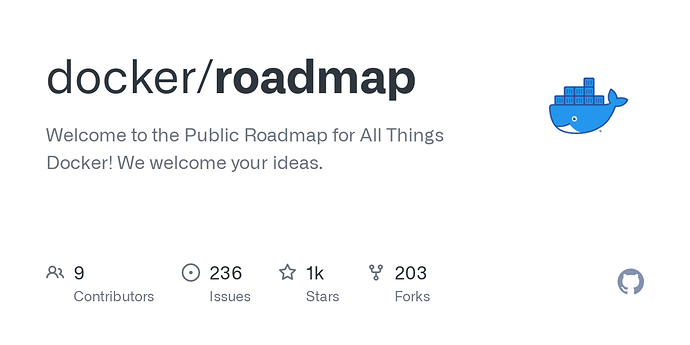 Welcome to the Public Roadmap for All Things Docker! We welcome your ideas. - Issues · docker/roadmap

Well both having too many icons and preventing accidental stop of the engine are good reasons to hide the menu icon.