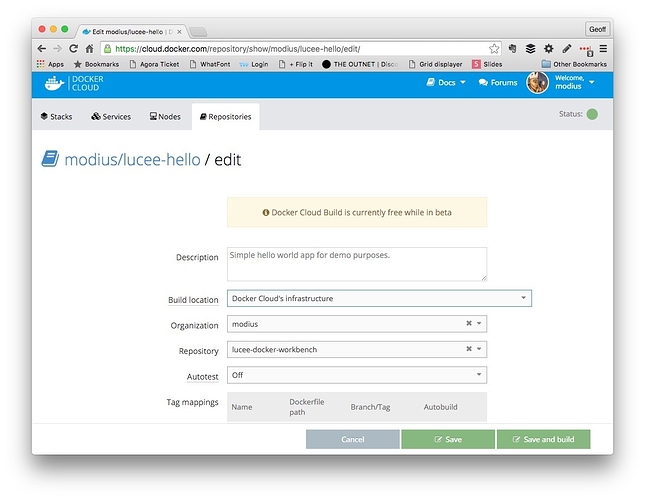 Mind you, one of the best things about being in Docker Cloud is that you can easily run builds on your own infrastructure. If only Bitbucket was supported…

Note, I was concerned by the ominous “Docker Cloud Build is currently free while in beta” and thought this might relate to a change in policy around build in your own infrastructure options.

While you are at it… can someone please allow us to “move” tags between images. For example, It would be nice to be able to move latest manually from one image to the next to indicate the “latest stable build” rather than having to re-build the image just to get the tag attached.

Ryan here from the Docker team. Thanks for the feedback! We are actively working on expanding our list of supported source providers and will also be adding auto-tagging capabilities in order to dynamically trigger builds as your team creates new git branches/tags. Stay tuned!

A year later… will we see the addition of any new source providers at any time soon? For example, one I would like to see added is GitLab.

But it would be really great if there was just some generic way to link to ANY third-party Git repository, including self-hosted Git repos. Just my $0.02. Thnx.